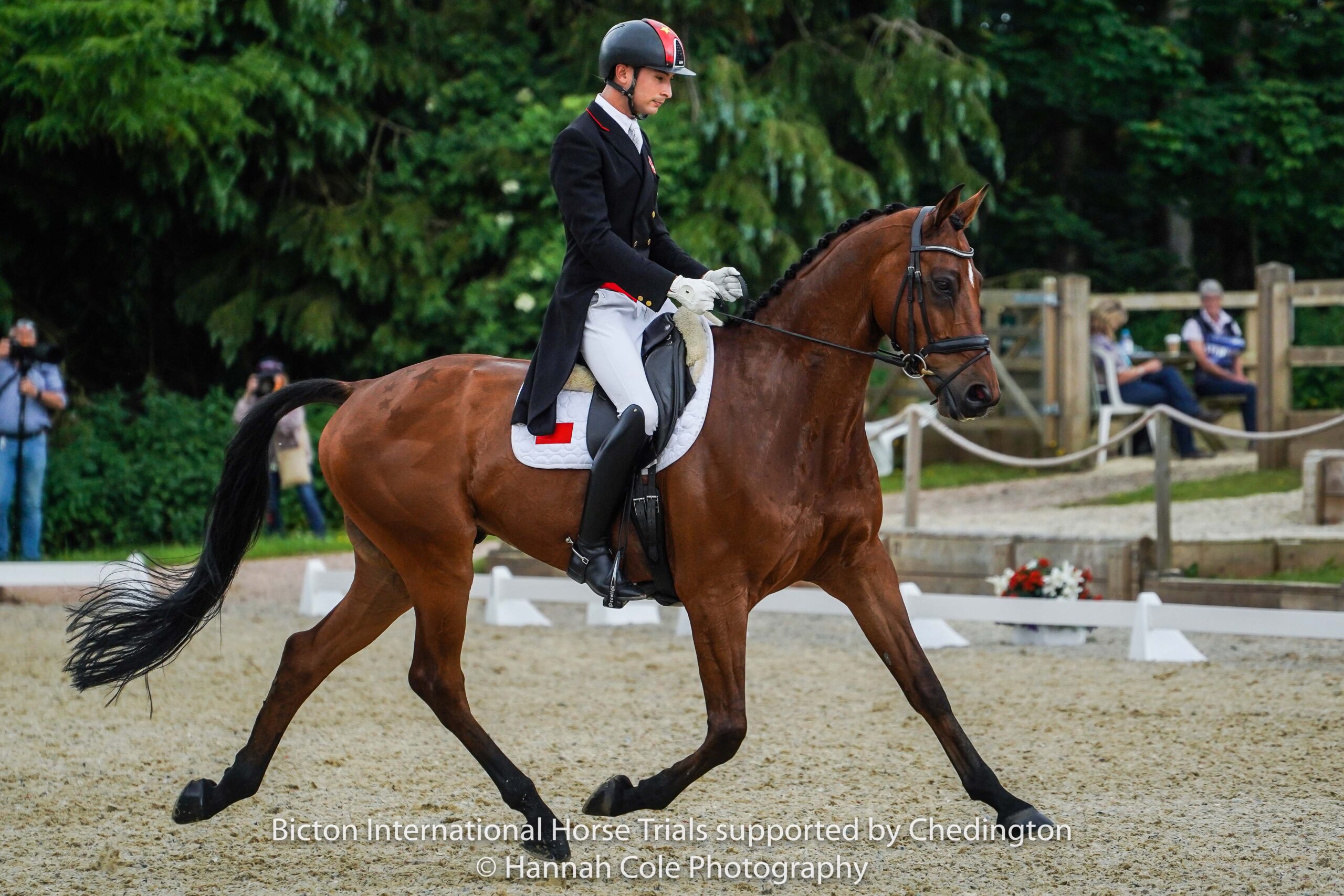 Chinese rider Alex Hua-Tian, who currently holds second and third places in the CCI4*-S at Bicton International Horse Trials, supported by Chedington, looks to have rich prospects for next month’s Tokyo Olympic Games.

With just the final afternoon session of dressage to come, Laura Collett has retained her overnight lead on London 52 on a mark of 21.0, but Alex is now in second place with Jilsonne Van Bareelhof (21.4), third on his likely Tokyo mount, Don Geniro (21.6), and 10th on PSH Convivial, also an Olympic contender, with a score of 24.5.

The 12-year-old Jilsonne Van Barrelhof – stable name “Chocs” because “he is big, brown and Belgian” – is the least experienced of the trio. “I am really pleased with him – he’s a lovely animal,” said Alex, who, at 31, is a veteran of three Olympics.

“We’ve had our ups and downs with ‘The Don’, but Rio in 2016 [where they were eighth, a Chinese Olympic record] was pretty special because he was only nine. It was a gamble but he thrived. He is probably my first choice for Tokyo, but I wouldn’t be unhappy if I ended up taking PSH Convivial [bronze medallist at the 2018 Asian Games], who has just done his best ever test.”

Still to come are seasoned 5* combinations Sammi Birch and Hunter Valley for Australia plus Britain’s Kristina Cook with Billy the Red and Pippa Funnell on the 2019 Burghley winner MGH Grafton Street.

Nicola Wilson, who is longlisted for the British Tokyo squad with Bulana, has taken the lead in the CCI4*-L on Mr and Mrs Lambert and Mrs Johnston’s 10-year-old JL Dublin with a mark of 28.7. The in-form Laura Collett is currently second on Mr Bass (29.2) and overnight leader Pippa Funnell is now third with Billy Walk On (29.4).

Follow the action on Horse & Country (www.horseandcountry.tv) and through live results on www.eventingscores.co.uk