With more than 60 classes over four days of top-class competition, Helen West, Bicton Arena Manager and her team welcomed more than 800 horses to the September Spectacular Showjumping Show (10-13 Sept) at the elite venue based in Budleigh Salterton. A calendar highlight for many competitors, the show was a key fixture for those hoping to qualify for the rearranged Indoor Championships due to take place at Aintree Equestrian Centre at the beginning of October.

Helen commented, “It’s been a fantastic weekend of competition, even with the Covid-19 regulations, the atmosphere has been buzzing and it’s been great to see so many riders back doing what they love. We used the enforced break during lockdown to install a new drainage system in the TopSpec Main Arena, which will enable us to be resilient as we possibly can be where the good old British weather is concerned. It was a massive team effort to get the arena ready for this competition in a relatively short space of time, and I am thrilled with how well the footing rode and the huge number of compliments we have received from riders.”

From 80cms classes right through to a 1.40m Grand Prix, there was something for everyone. Key wins came from Wraxall based Adrian Whiteway and Anytime II in the 1.40m Mitchell & Webber Senior 1.40m Grand Prix. Chloe Reynolds made it a one-two in the K J Reynolds Five Year Old Championships with Kiss By Balia and Cascadella, a class sponsored by her father’s company and Ben Clark won the Devon Duvets 1.05m Open Championship with Billy Boycie, claiming the title for a second year in the row. 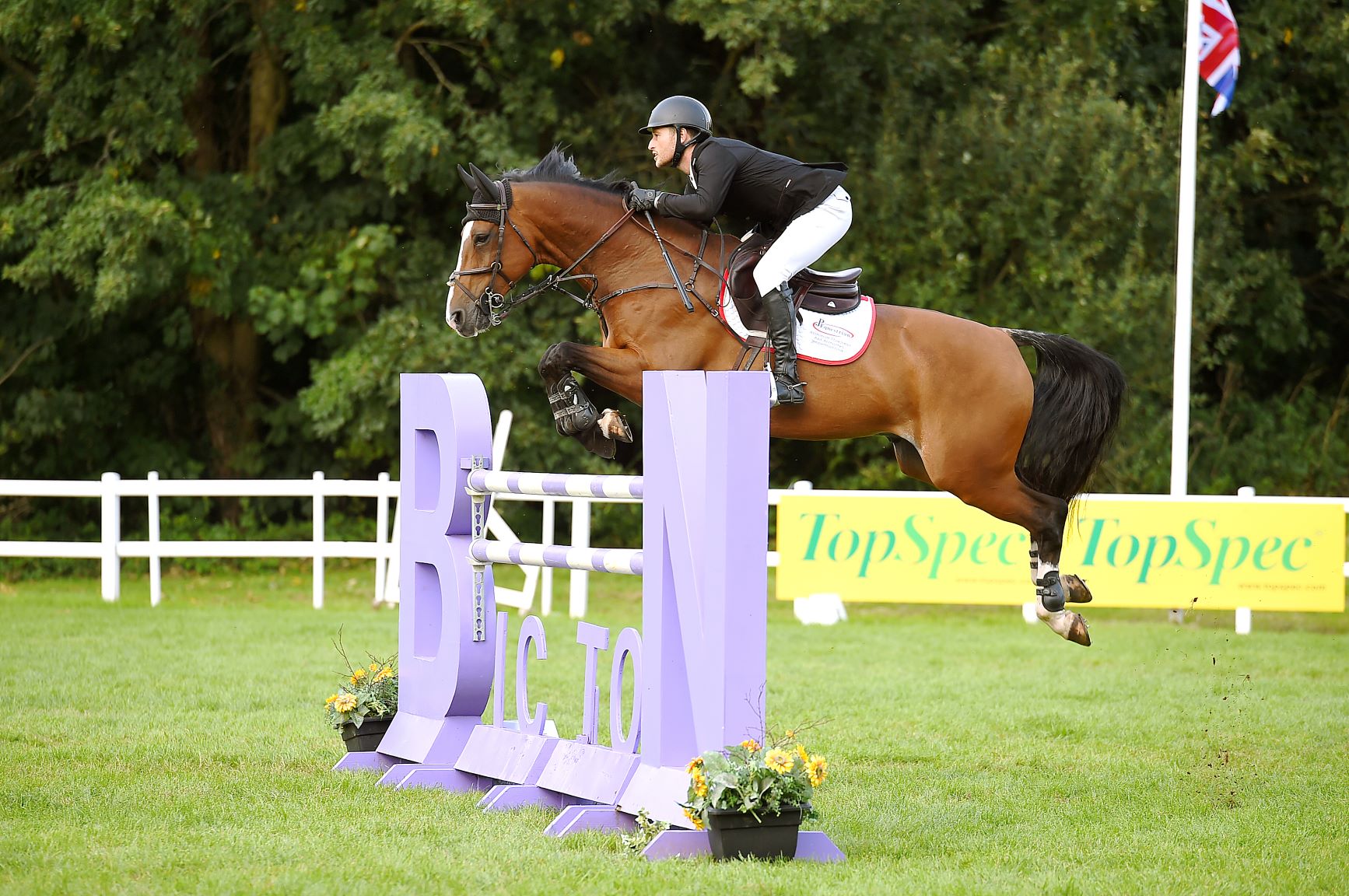 Adrian Whiteway commented, “I love Bicton Arena, it’s my favourite venue in the country. The weekend was run so well by Helen, Beccy and the team considering all the regulations they had to put into place. I had a good weekend with some of my new and young horses but obviously it was great to win the Grand Prix on Anytime II.”

Full results can be found on the Bicton Arena website here.