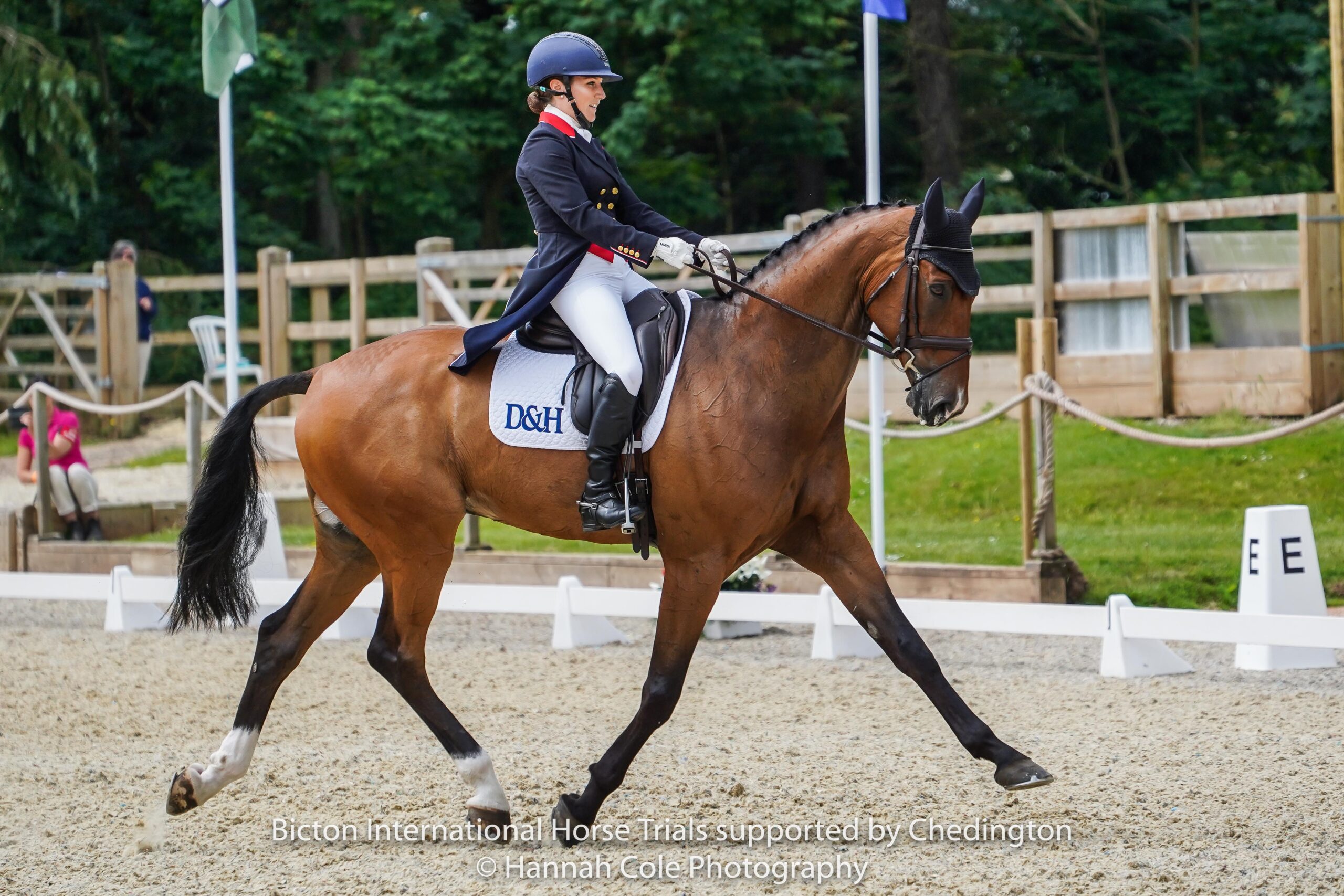 The scene is set for a fantastic weekend of competition at the Bicton International Horse Trials, supported by Chedington, in East Devon where the park is looking at its summer best with organiser and course-designer Helen West’s noticeably upgraded and beautifully presented CCI4* track.

“I am so excited,” said Helen. “I have always wanted the opportunity to showcase Bicton to a wider, international audience. From a designer’s point of view, there is so much different terrain to play with, but I have been mindful of keeping the flow. It has been a joy being able to focus on one track [instead of several national classes] and being able to appreciate how beautiful the park is.”

Captain Mark Phillips has been acting as Course Advisor and Helen explains: “I was really chuffed because he hasn’t made many changes to my ideas – only subtle tweaks. He has so much experience as a designer and there is nothing he hasn’t tried, so his advice and support has been absolutely invaluable.”

Leading riders have been assessing Helen’s work and are full of respect. “The quality of the fences is fantastic,” said reigning world champion Ros Canter, who is competing her Olympic longlisted horse Allstar B in the CCI4*-S.

Tom McEwen, who also has his Olympic prospect, Toledo de Kerser, in the CCI4*-S, described it as “a proper track”. He added: “You would never underestimate the course here anyway, and you always know that they will do the work on the going [the track is being watered]. To come here and find ‘Bramham at Bicton’ is exciting and inspiring. They’ve done a super job.”

At this early stage of proceedings, Laura Collett holds the lead in both the CCI4*-L (on Dacapo) and the CCI4*-S on her Olympic longlisted horse London 52, and competitors in the under-25 CCI4* are starting their dressage phase this afternoon (results and start times on www.eventingscores.co.uk).

Tickets are still available for spectators on Saturday and Sunday (www.bicton-arena.co.uk) and live action is being streamed by Horse & Country (www.horseandcountry.tv)