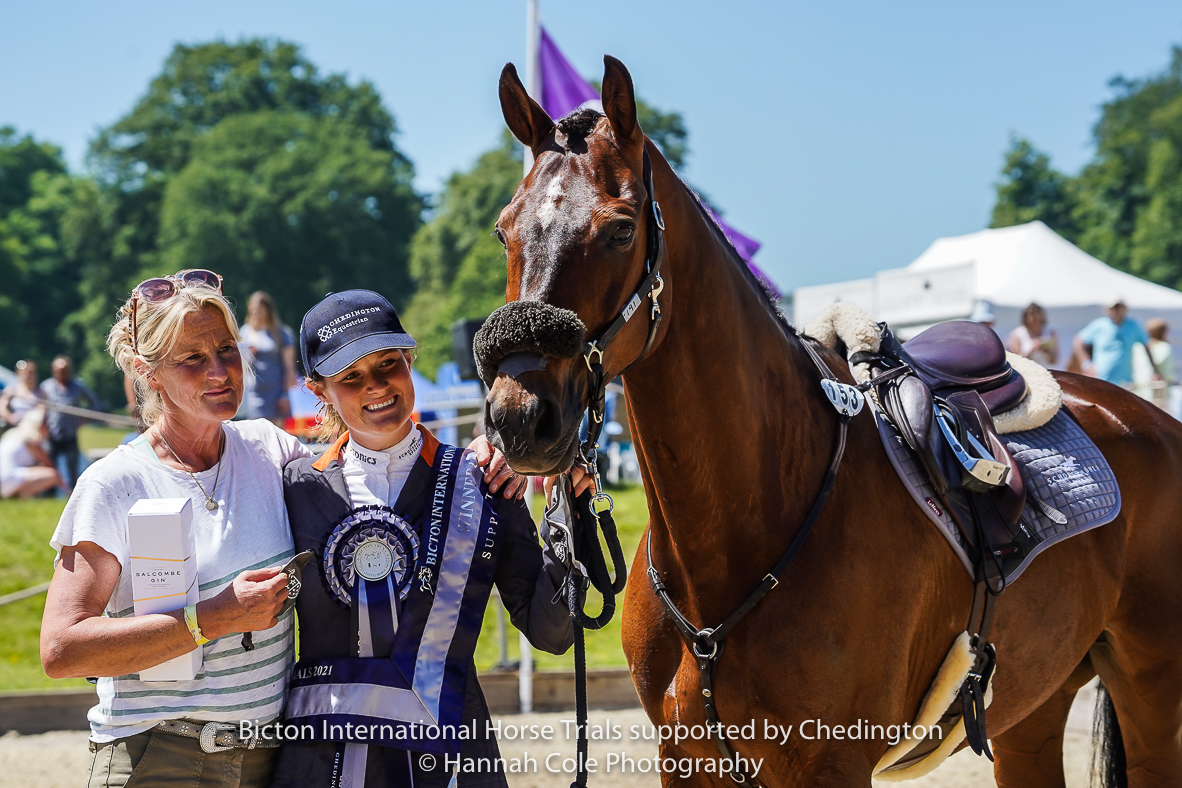 The future looks bright for British eventing after a sparkling performance by the three young riders heading the CCI4*-L u25 at Bicton International Horse Trials, supported by Chedington.

Bubby Upton emerged the winner — and the national under-25 champion — on her cross-country runner-up Cannavaro, with Heidi Coy second on Russal Z and Yasmin Ingham third on Banzai du Loir, the least experienced of her three rides. The trio received many plaudits for their sympathetic horsemanship throughout the weekend and look set to be stars of future senior British teams.

Bubby, 22, had sealed her victory on her mother Rachel’s Dutch-bred, 14-year-old Cannavaro by the time she was last to go on her cross-country leader, Cola lll, who hit three fences to drop to fourth.

“I’m finally a British champion!” said Bubby, who is a former Junior European Champion and a much-medalled member of Britain’s youth teams. “Six times I have been in the lead for a national title, but never won it.

“Cannavaro is a class jumper and this shows he’s got a future. He has a heart of pure gold. Cola was just a little bit flat, but it’s his first mistake this year.”

Heidi Coy, 21, admitted that the journey back to her home in the Vale of Belvoir in Leicestershire would seem that little bit shorter after such a successful week, with three horses in the top 14.

“She’s only little, but she’s feisty and she answered every question,” Heidi said of David Ottewell’s nine-year-old grey mare, who showed early promise with 15th place in the prestigious Young Horse Championships at Le Lion d’Angers, France, in 2019.

Yasmin Ingham, 24, was full of praise for her youngster, Sue Davies and Janette Chinn’s Banzai du Loir: “For him to jump like that after the cross-country we had yesterday was fantastic. It shows he’s got a huge future.”

For full results, visit www.eventingscores.co.uk, and for a replay of the action, visit www.horseandcountry.tv