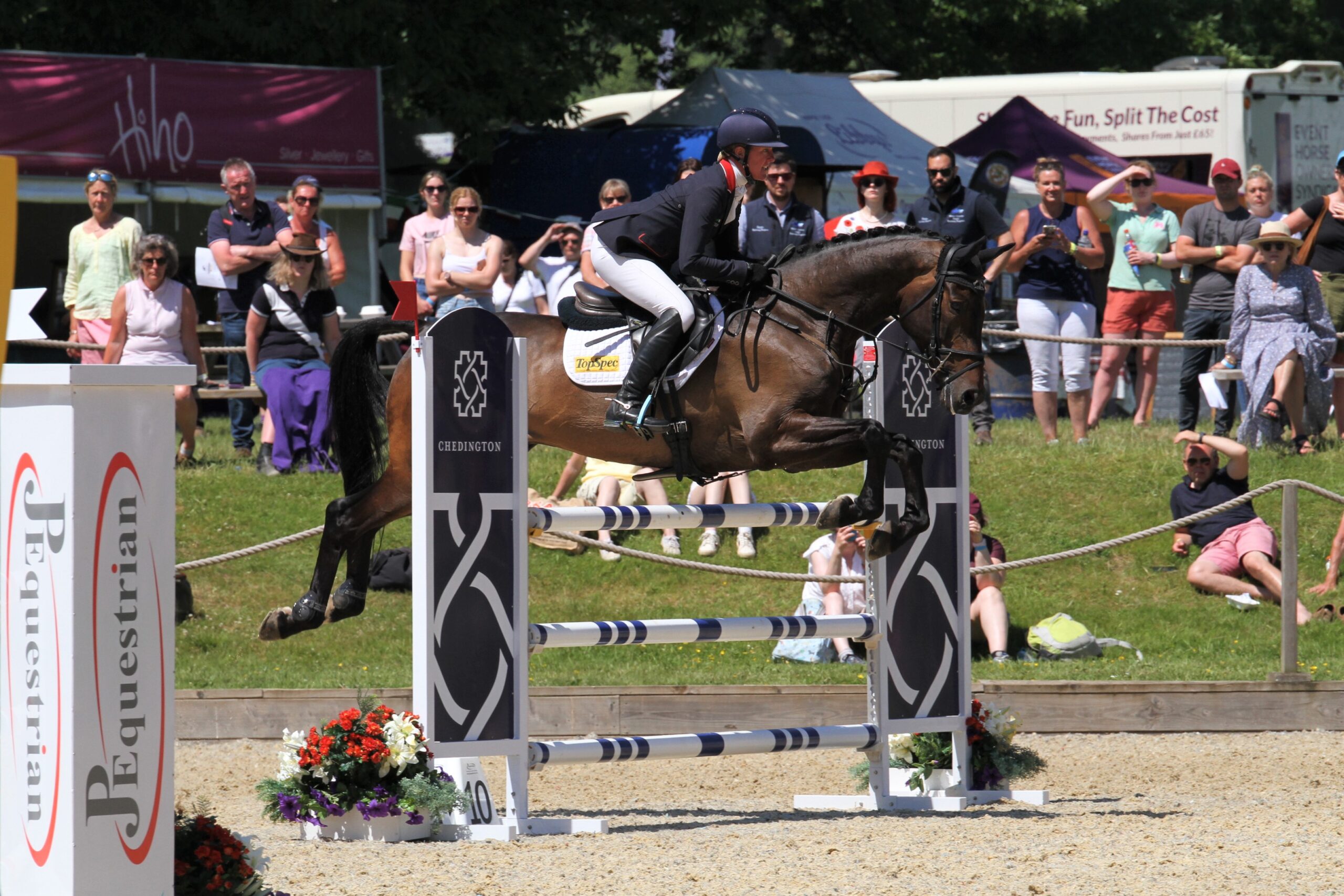 Nicola Wilson looks to have another star in the making with Jamie and Jo Lambert and Deirdre Johnston’s JL Dublin, a horse that shone in all three phases of the CCI4*-L at the Bicton International Horse Trials, supported by Chedington.

The pair led from the start, sealing victory in the best possible style with an immaculate clear show jumping round in which Nicola had no margin for error.  Although Piggy March and Vanir Kamira, the second last to jump, went out of contention with an unlucky four rails down, the pressure was still on: Ros Canter and her rising star Lordships Graffalo, the runners-up, and Gemma Tattersall on Santiago Bay, third, had both already performed beautiful clear rounds to clinch the British one-two-three.

In fact, it was a British top 16, with France’s Arthur Duffort the best of the many overseas riders in 17th. Kirsty Chabert (nee Johnston) was fourth on Classic Vl, Laura Collett was fifth on Mr Bass and Sarah Bullimore finished sixth on Courouet.

Gemma Tattersall, the only rider to have two horses home inside the optimum cross-country time, was also seventh on Chilli Knight.

Nicola Wilson has won European and world team gold and an Olympic team silver medal on Opposition Buzz, plus European team gold and individual bronze in 2017 on Bulana, with whom she is longlisted for the Tokyo Olympic Games. She bought JL Dublin as a four-year-old at the Holsteiner sales in Germany; the pair have been placed at CCI4* level at Bramham in 2019 and at Burnham Market last year.

“JL Dublin normally gets very excited and squeals in the warm-up, but today he really had his brain in gear and I thought and hoped that this might be our day,” said Nicola, who was keen to heap praise on the organising team at Bicton Arena. “They have done an amazing job all round, from the cross-country course to the arenas and footing.”

For full results visit www.eventingscores.co.uk and for a catch-up of the showjumping phase action, visit www.horseandcountry.tv.