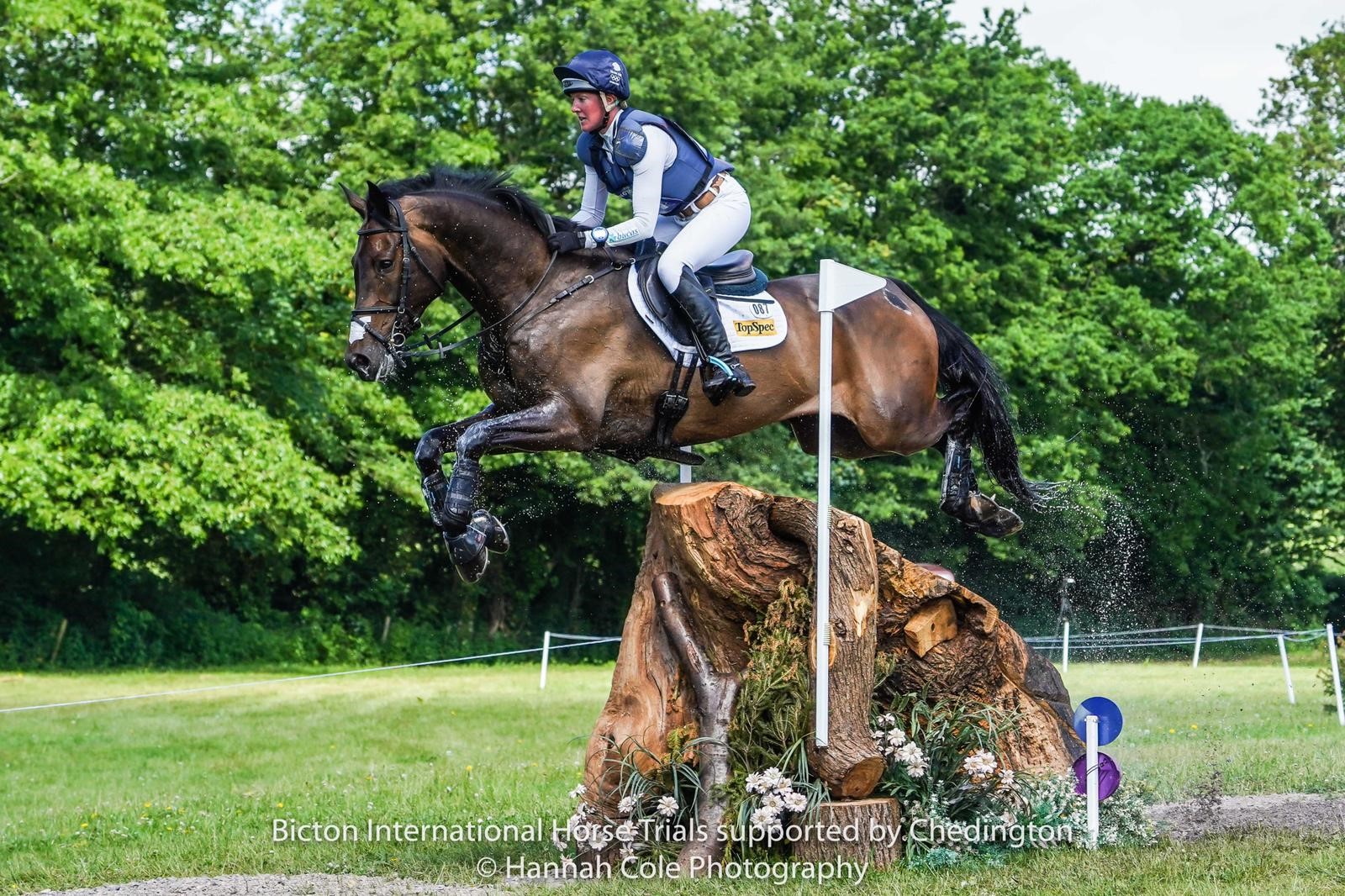 Nicola Wilson produced a brilliant performance on JL Dublin — clear and inside the optimum time — to stay at the top of the CCI4*-L leaderboard after a thrilling cross-country phase at the Bicton International Horse Trials, supported by Chedington.

She was the first of six riders to achieve the optimum time of 10 minutes 8 seconds over what proved an influential track. “I am absolutely delighted with how he went — he just galloped and jumped,” she said of the 10-year-old Holsteiner owned by Mr and Mrs Lambert and Mrs Johnston. “Near the end of the course, I said ‘Come on,’ and on he went. He’s a super horse.”

Nicola was initially awarded 15 penalties for dislodging a flag at the downhill skinny fence at 24, but this was later rescinded. “It took me completely by surprise, as I did feel that he was straight.”

The scene is set for a nail-biting showjumping finale tomorrow as the price of one rail covers the top six horses. Piggy March is second with her 2019 Badminton winner Vanir Kamira and Ros Canter is third on Lordships Gruffalo.

Fourth to sixth places are filled by Gemma Tattersall (Santiago Bay), Kirsty Chabert (Classic Vl) and Laura Collett (Mr Bass), who only added 2.8 time penalties to her dressage score. Gemma is also in 10th place on Chilli Knight, the only rider to finish on a clean sheet with two horses.

There were 29 clear rounds, with errors well spread around the track. William Fox-Pitt, who has risen to eighth place on the mare Graffenacht, was among the leading riders to praise Helen West’s new 4* course. “I did think before I rode it, this is a really good course. It is the kind of track we have been crying out for [after a season interrupted by the pandemic]. I now know that I have a 5-star horse.”

Nicola echoed William’s sentiments: “When I saw the course, I couldn’t help but be excited; I couldn’t wait to get going. It was a treat to ride and the ground was perfect. I can’t praise the organisers enough.”

Tom McEwen, ninth on Dreamaway ll in the CCI4*-L, now holds a joint lead in the CCI4*-S. He showjumped clear on Toledo de Kerser, as did the world champions, Ros Canter and Allstar B. Both horses are longlisted for the Tokyo Olympics, as is third-placed Vendredi Biats with Kitty King.

Japan’s Kazuma Tomoto has risen to fourth place with a clear round on Vinci de la Vigne.

The CCI4*-S cross-country takes place tomorrow. Follow the action on Horse & Country (www.horseandcountry.tv) and with start times and live scoring on www.eventingscores.co.uk