Bicton Arena has announced that Chatham, an Exeter-based footwear company that specialises in nautical and country inspired styles, will sponsor a new CIC* class that will take place at its international horse trials on April 20 to 22.

The class will run alongside the established Rathbones-sponsored two star section and the addition is expected to attract an influx of high caliber competitors to the Devon venue.

Chatham’s managing director Philip Marsh said: “It’s a terrific set up at Bicton Arena and the venue is going from strength to strength. It’s a great team and we are delighted to be adding our support. It’s an exciting time for the arena as it continues to develop and grow and we’re delighted to be a part of that.

“We sponsor at several events, including the Mitsubishi Badminton Horse Trials and William Fox-Pitt is one of our brand ambassadors. We also attend 55 shows every year with our retail stand. But we’re also locally based to Bicton Arena so it’s the perfect fit as we continue to expand our sponsorship portfolio.”

Organiser Helen West added: “We’re delighted that Chatham is coming on board as a sponsor at Bicton Arena and we’re very much looking forward to working with Philip and his team. It’s great that it’s a local company, but with an international reputation.

“Our two star class already attract many big names from the sport, which is fantastic for West Country eventing, but we hope that this additional one star, which would have run at Hambledon had it been taking place, will attract even more people to Devon.”

Helen took over as the arena’s manager in 2013, and in 2015 introduced CIC2* classes to both the April and August events. The addition of the one star class is regarded as the next stage in her quest to create a centre of equine sporting excellence in the south-west with a comprehensive range of classes from grassroots to international level. 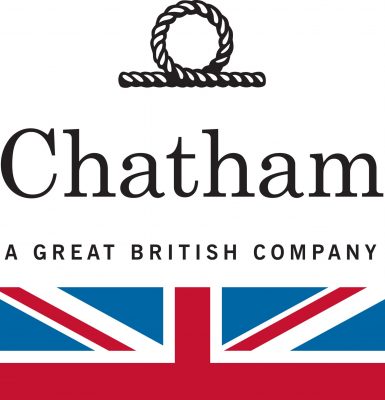 Since 1989, Chatham has traded on a nautical traditional of quality, and is now growing into one of Britain’s key lifestyle footwear brands.

Quality, durability, marine aesthetics and performance all form an integral part of the Chatham product.

Chatham is committed to creating a range of classic sailing kit, country footwear, all served up with Chatham’s very British style. Combining traditional craftsmanship with innovation, durable materials with attention to detail. Its footwear is designed to be comfortable, functional and able to withstand all that nature can throw at it.