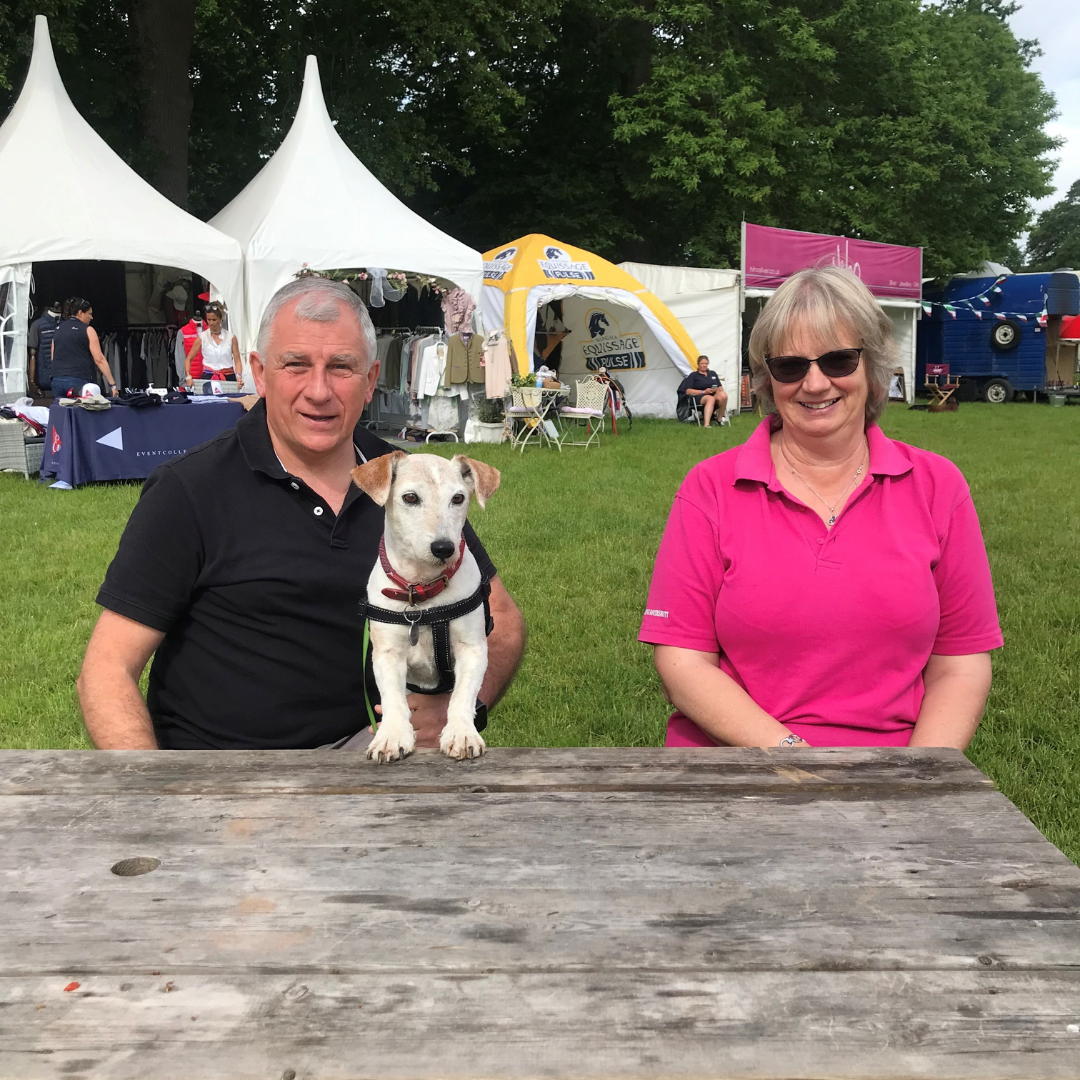 You won’t hear them — and few people will probably notice them — during cross-country day at the Bicton International Horse Trials, supported by Chedington, but they are the crucial linchpins of the action. This is the control team, headed by Roger Trivett and Carole King, sitting up in their eyrie-like unit high up on the course with the commentators.

There’s no time to look at the view, though.  Their job is to keep track of the progress of each horse across country and to keep things moving —or to halt them if there is a broken fence or a fall — communicating by radio with fence judges, stewards, the ground jury, vets, doctors and the fence-repair team.

Roger Trivett does cross-country control for most West Country events, from Launceston in Cornwall to Gloucestershire, but in ‘real life’ he owns Acanthus Press in Wellington, Somerset, printing, among many other things, horse trials programmes.

“I was initially asked to help the scorers — someone knew I could at least count — and then I was asked if I would like to go into control,” he explains.” Lucy Coveney [another team member] and I were first on the BE mentoring scheme and then I set up a bit of an alliance with Carole and we’ve built up a team of about seven regulars. I’ve never ridden, but I used to play a lot of sport and I love being part of a sport.”

Carole’s day job is book-keeping, which is perhaps why she is renowned for being well organised. She started off in horse trials as a volunteer manning the phone in control at West Wilts and became part of former West Country controller Ian Pratley’s team. She has officiated at 5* level, as well as at Chatsworth, Blenheim and Millstreet in Ireland.

“It has taken me to places I never thought I’d go,” she says. “The important thing is that we all know each other well, we have each other’s backs and we trust each other.”