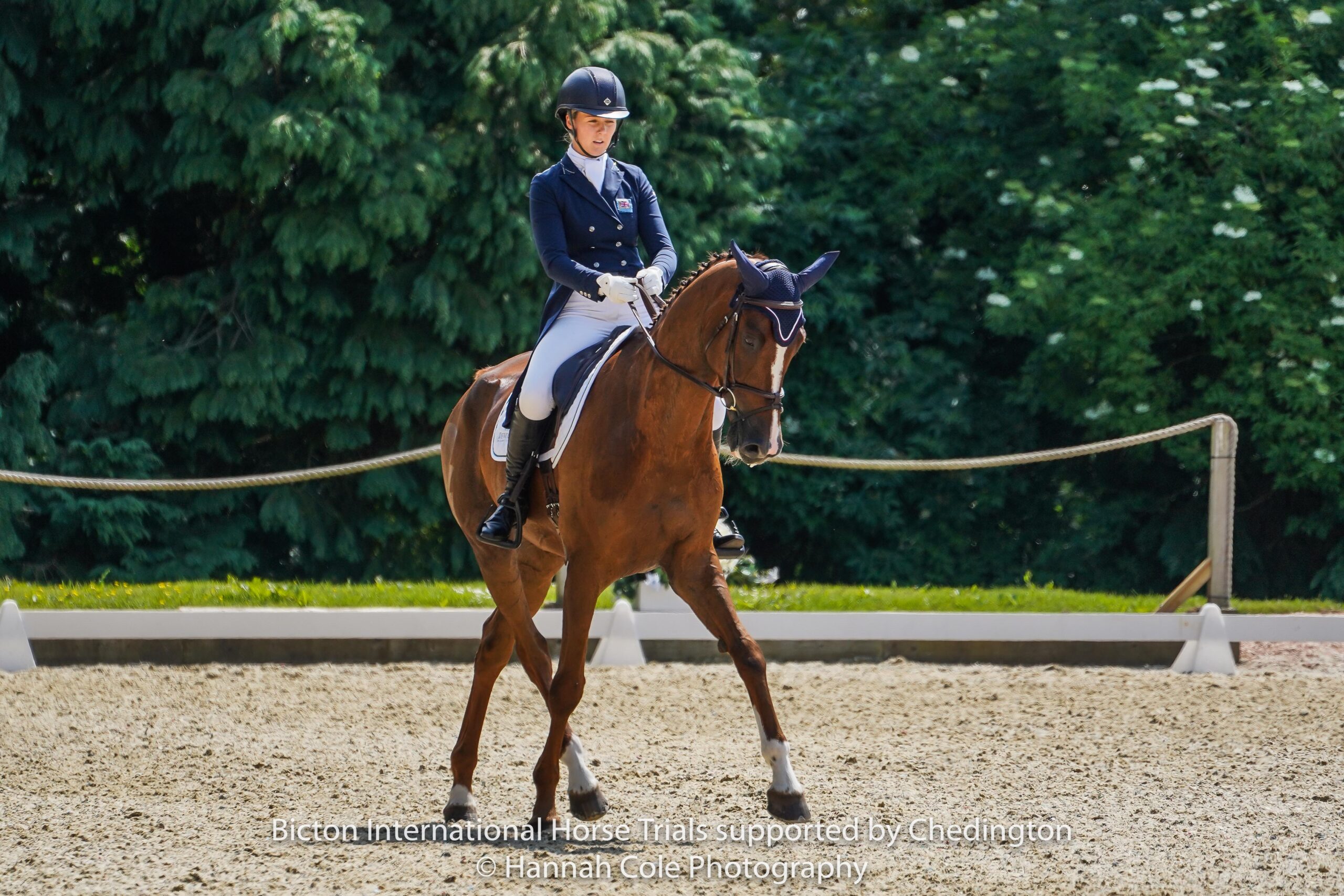 Yasmin Ingham has set herself up for a second national under-25 title as she leads the young riders’ CCI4*-L u25 at Bicton International Horse Trials, supported by Chedington, after the completion of the dressage phase on Janette Chinn and Sue Davies’s Banzai du Loir.

Cheshire-based Yasmin, 24, who is originally from the Isle of Man, took the British accolade in 2019 when she finished second behind Ireland’s Cathal Daniels at Bramham. At Bicton, she was awarded a mark of 26.9 by judges Les Smith, Angela Tucker and Anne-Marie Taylor and holds a slender advantage over Bubby Upton, who is second and third after dressage on Cola lll and Cannavaro.

Both Bubby and Yasmin will have a busy cross-country day with three rides apiece: Yasmin is also lying 10th on Rehy DJ and 24th on Night Line, and Bubby has a ride in the CCI4*-S, Magic Roundabout IV.

Banzai du Loir won the CCI4*-S for eight- and nine-year-old horses at Burnham Market in 2020. “We’re still not 100% glued together,” Yasmin said of the 10-year-old chestnut that came to her from France in May 2019, “but there’s so much more we can do. He’s got the wow factor so I just need to nail a few areas, like the flying changes, but he has only done a handful of 4-star competitions. The cross-country will be a big ask for him, but he is the sort of horse that will jump where I ask him.”

The order at the top of the two senior CCI4* leaderboards remains unchanged, with Nicola Wilson heading the CCI4*-L on JL Dublin and Laura Collett and London 52 who not been headed in the CCI4*-S, which contains several potential Olympic combinations.

Tomorrow’s eagerly awaited cross-country phase begins at 9am with Tom McEwen and Braveheart first out on course in the 83-strong CCI4*-L.

“There have been some truly outstanding performances in the dressage arena, but now I am so excited to see how my cross-country track will jump and very much hope that the competitors will enjoy the opportunity to gallop through our beautiful Grade-1 listed parkland,” said organiser and course-designer Helen West.

Horse & Country will be livestreaming all the action; to tune in or subscribe, visit www.horseandcountry.tv